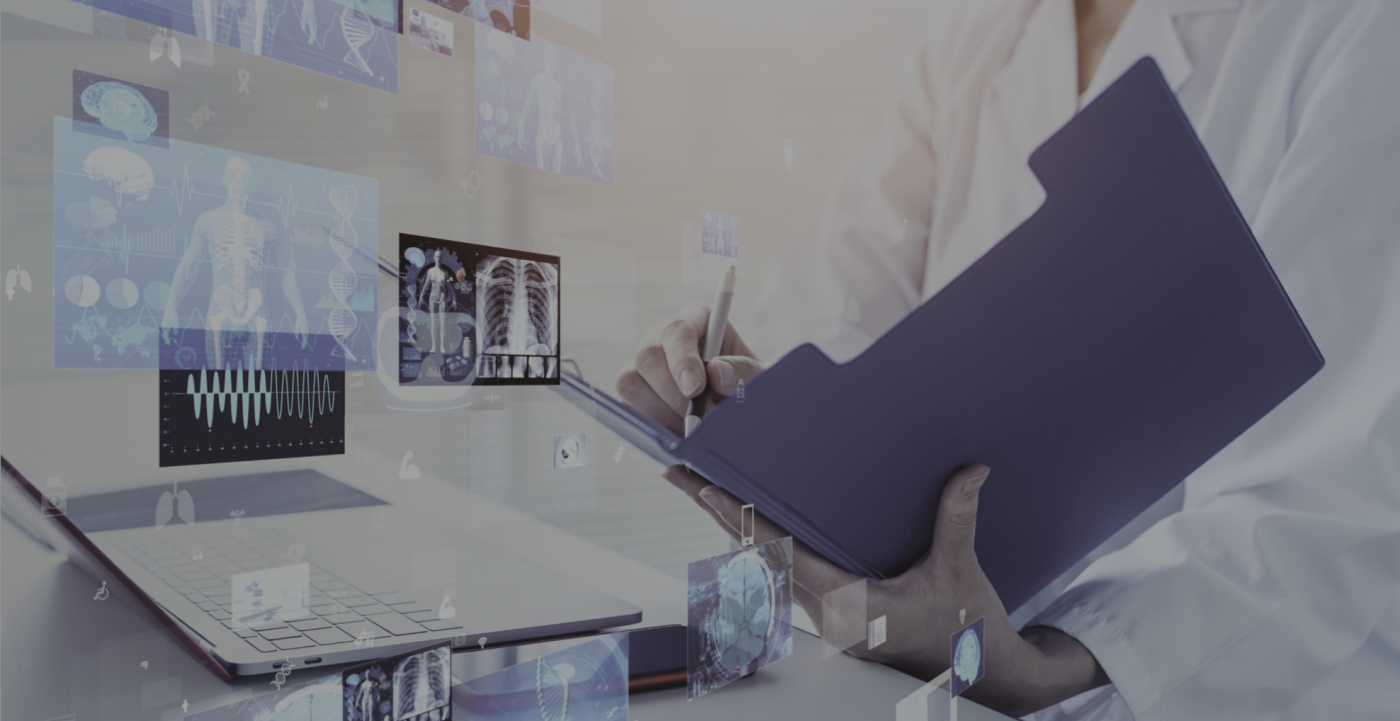 “Our setup works because both MedCom and Netic have a keep-it-simple approach to design, architecture and operations. We don’t make things more complicated than they really are. It’s basically a network that has been organised into a system. It has to be easy and still secure, and Netic has managed to deliver on that.” 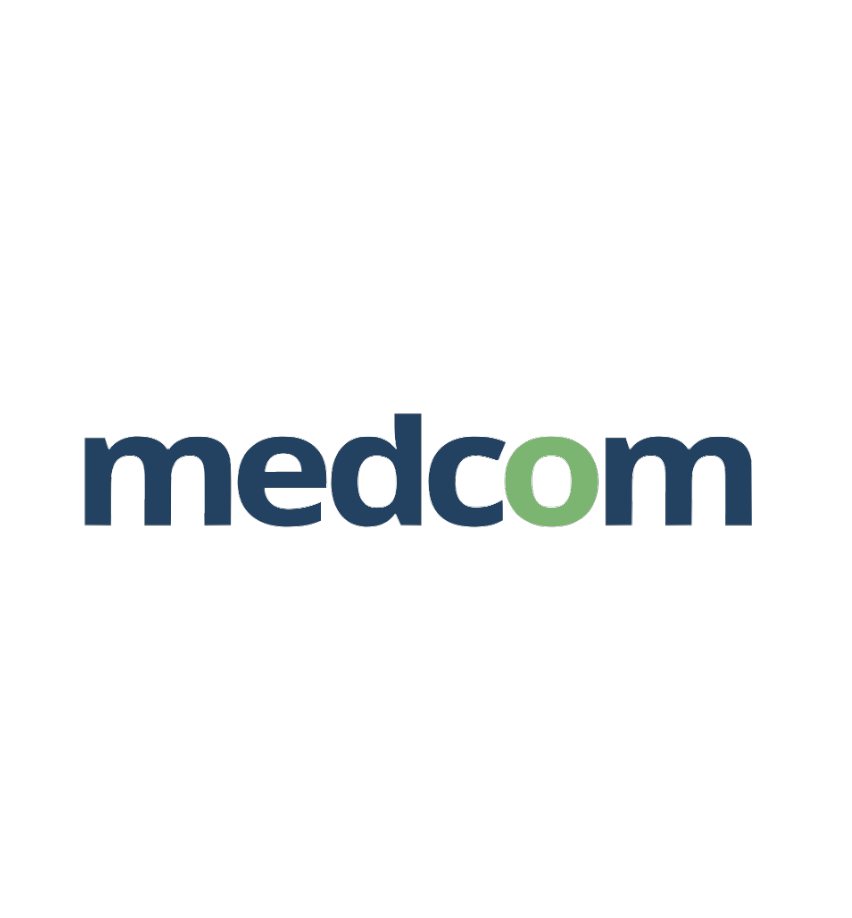 You may not know MedCom and the Danish Health Data Network, but you have almost certainly benefited from their expertise and daily efforts to exchange all Danes’ health data.

Maybe you provided a blood sample which was analysed at a hospital lab, after which the results were posted to your electronic medical record. Or maybe you just went to see your doctor and were sent to the pharmacy to pick up prescription drugs.

The Danish healthcare system exchanges data for tens of thousands of people each and every day. Between doctors, hospitals, local authorities, pharmacies and private clinics. All of which are connected to the Danish Health Data Network.

MedCom, which is owned by the Danish Ministry of Health, Danish Regions and Local Government Denmark, is responsible for the operation of this network, forming the digital backbone of the Danish healthcare system.

But what about operations? Yes well, that’s Netic’s job.

“You could say that the Danish Health Data Network is the glue that holds the Danish healthcare system together,” says Lars Hulbæk, CEO at MedCom, and continues:

“Without a well-functioning network to transport health data, simple things like prescribing medicine would take longer and cost a lot more.” 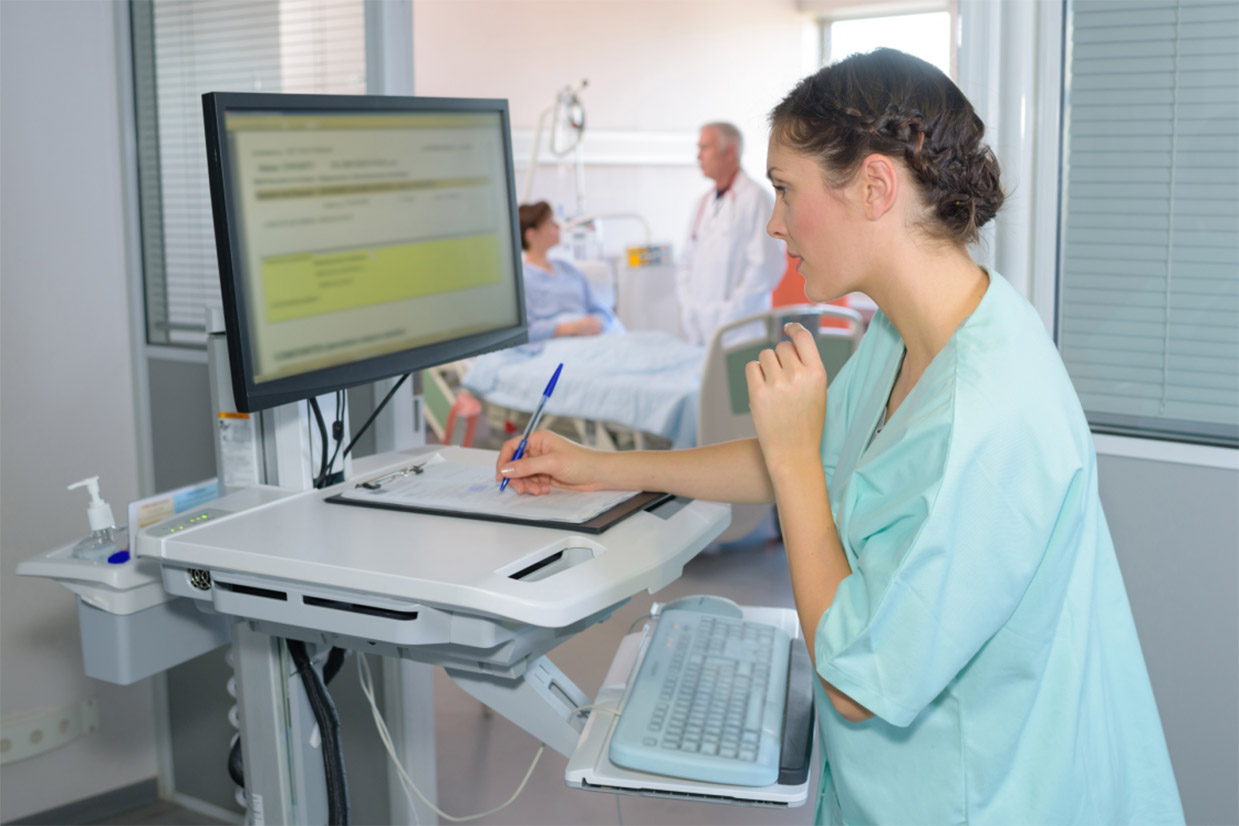 Right mix of ITIL and agility

Netic has been part of MedCom’s operations partner landscape since 2009. Back then Netic was successful in an EU tender procedure and became a subcontractor to one of Denmark’s largest network companies handling the physical infrastructure.

“We have always been very pleased with Netic. They have a professional and ITIL-based approach to the job, which they manage to combine with an agility that is normally very hard to find,” says Lars Hulbæk.

Also, Netic’s role in the operation of the Danish Health Data Network has been extended along the way. At first, they only acted as subcontractor, but now they play a key role in the project.

“When we submitted the platform to a re-tender procedure, Netic became our single point of contact for the entire operating side of things,” MedCom’s CEO explains.

Even the CEO gets his hands dirty

Netic’s professionalism is one of the main reasons why MedCom prefers the close operations cooperation with the Aalborg-based company.

“We have a feeling that no matter who we speak to at Netic, it is always someone who knows the ins and outs of a router. Even the CEO, Steen, gets his hands dirty, so to speak. That gives us a certain peace-of-mind,” Lars Hulbæk says.

And there are quite a lot of signs that the model is working. When asked if they never had any problems with their IT operations, the CEO really has to think long and hard.

“I can’t really think of any challenges. We have extremely high uptime requirements, and Netic has no problem meeting them. In the nine years that we’ve worked together, I don’t remember us ever having to dust off the contract to check the SLAs. And I guess that’s a good indicator that things are running smoothly,” Lars Hulbæk says. 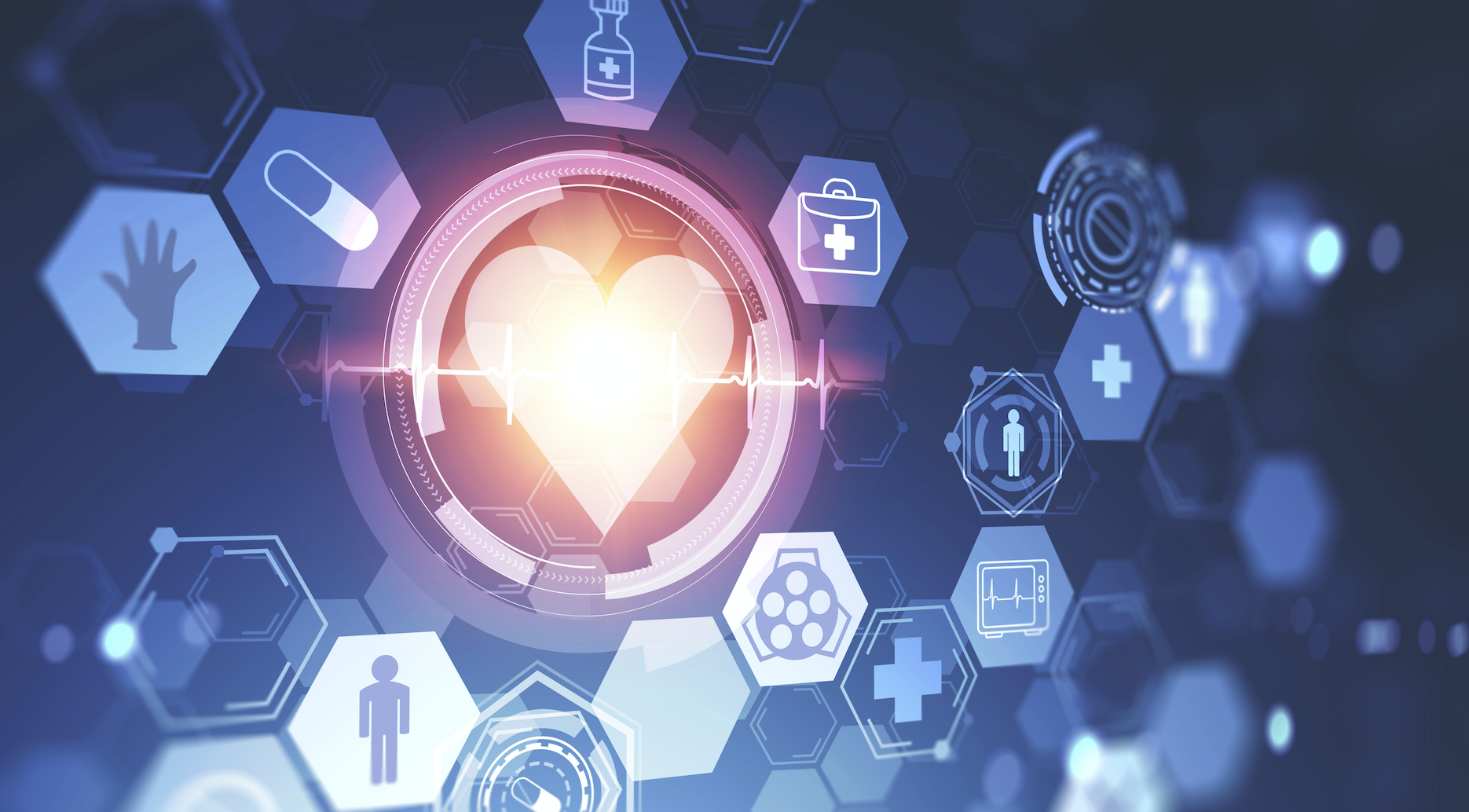 Keep it simple – an approach that works

That most people probably have never heard about the Danish Health Data Network is a good thing according to Lars Hulbæk. In a world where public IT systems are often the victims of more or less justified criticism, flying under the radar can be seen as a mark of quality.

“Our setup works because both MedCom and Netic have a keep-it-simple approach to design, architecture and operations. We don’t make things more complicated than they really are. It’s basically a network that has been organised into a system. It has to be easy and still secure, and Netic has managed to deliver on that,” Lars Hulbæk says.

Time does not stand still – not even for MedCom. Keeping the Danes’ health data safe has always been paramount, but in recent years, the issue has become even more relevant because the threat landscape has changed, and more stringent requirements are being introduced with new regulations. To accommodate these developments, Netic needs to maintain its agility and work to stay at the leading edge.

“Of course it is important to be able to meet the increased demands, but it is also important not to lose sight of the fact that we are also here to deliver. When everything changes every five minutes, there is a tendency to go into limbo and focus too one-sidedly on the changes. To be able to deliver in this scenario requires that both we and our operations partner are agile. And in Netic, we are sure that we have exactly the right partner for this,” says Lars Hulbæk.

Besides the Health Data Network, MedCom owns the system “Videoknudepunktet” – also known as MedCom VDX. The VDX is a common public infrastructure that enables video as an integrated part of the common public health promotion work.

MedCom VDX has been of particular interest during the Corona crisis in spring 2020, as it was decided together with the Danish health authorities, Danish Regions and the Danish Medical Association that “Videoknudepunktet” should support video consultations between all Danish patients and their doctors. This takes place through the app “Min Læge” (in English: My Doctor”), which is developed by Netic’s parent company Trifork and operated by Netic via our data centres in Aalborg. 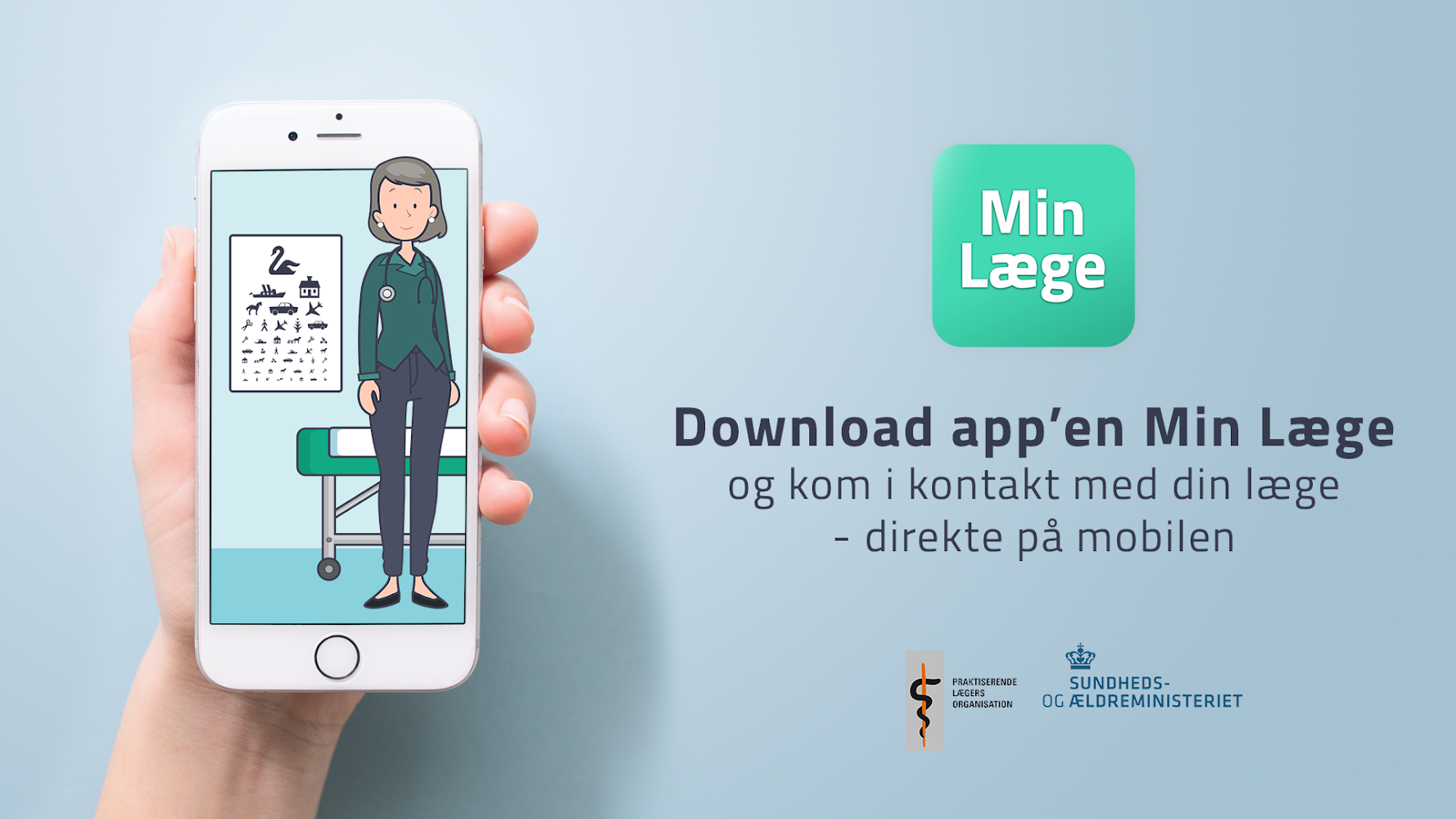 Prior to the launch of video consultations, the MedCom VDX had to go through an extensive hardware upgrade as preparation for the potentially large number of simultaneous video consultations. Since the infrastructure for the VDX was already placed in Netic’s data centres, it was natural that Netic should handle the task. Due to the Corona crisis the deadline for the upgrade was tight, though Netic succeeded.

“We are very happy about Netic’s quick, flexible and dedicated assistance in what turned out to be an emergency situation – not just for us, but for the entire Danish healthcare system. It shows that we are working together with the right supplier,” says Lars Hulbæk.

Do you have any question or want to know more? 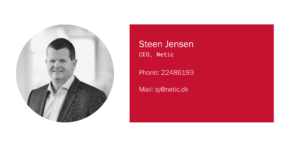